>Getting up early in the morning is a grand event, and everyone should try it, especially if you have the time to spend outdoors.
Feel the stillness, and the crackle of ice under you feet early in the morning on the east coast. If you live in a warm climate you may never get to feel crisp, icy earth in the early morning bliss of stillness.

Some of the virtues of early rise come from Benjamin Franklin who also spoke on the virtues of health, wealth and wisdom that is obtained from waking up early. He did not only talk about it, he lived it!
There is stillness and solitude of the early morning hours. Time to expand consciousness, to contemplate, to make time for just being.
Waking up early also gives you a head start on the day.
When you start the day early, you are more likely to carry an inner calmness and balance throughout the day.
Being able to witness the dawn each day can be a wake up call in itself. 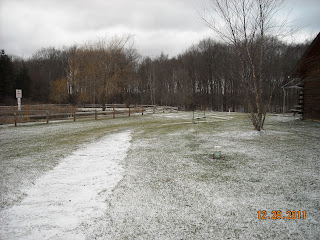 Taken in part from: Kabat-Zinn, J ( 1994). Wherever you go there you are: Mindfulness Meditations in Everyday Life. New York, NY. Hyperion